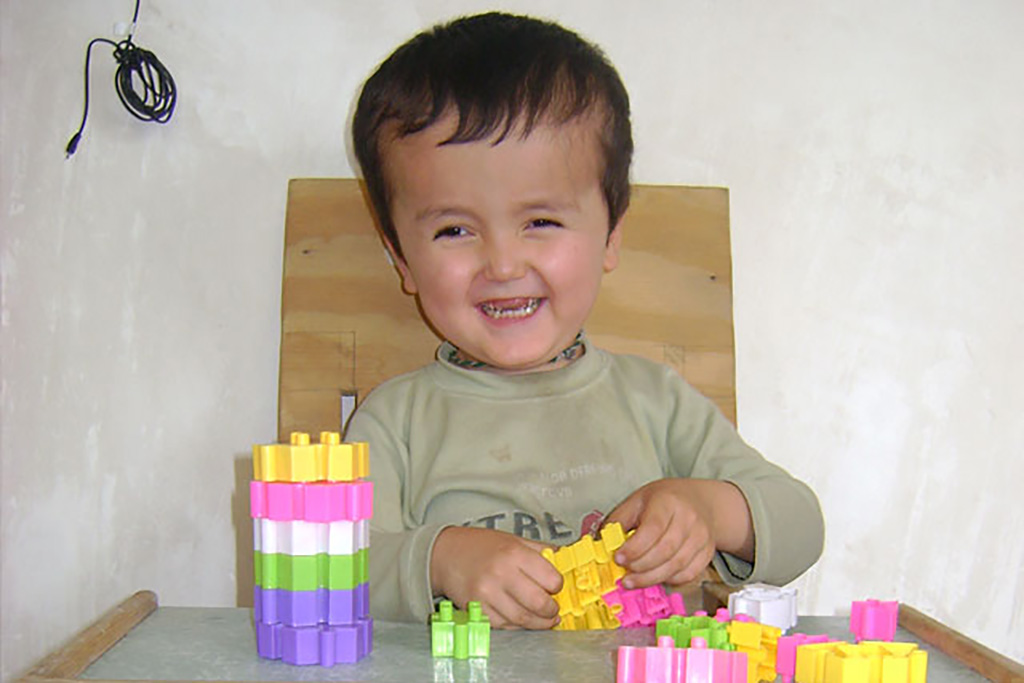 Qorban Ali* lives in Kabul Province. When he was 2 months old, he had a bad flu and his parents took him to the doctor. They learned that their son had a problem with his skull and needed to enter the hospital. After he was checked, the doctors said he would only live 20 more days. His parents brought him home and cried as they waited for Qorban Ali to die. After 20 days, nothing happened and life went on. However, at 9 months old, he still couldn’t hold his head up, so his parents took him back to the doctor, and he had an unsuccessful operation.

When Qorban Ali was 5 years old, he was still unable to eat or drink independently or clean himself. The family heard about Serve Afghanistan’s activities with children with disabilities. Qorban Ali’s parents took him to the Serve field office and enrolled him in the CBR programme. They followed the advice of the field workers and physiotherapists and also brought him to classes for the mentally challenged at the field centre. The teacher worked with him and Qorban Ali learned how to play, how to eat by himself, and how to clean himself. He continues to learn and is very happy. The teacher hopes he will be ready to enter a government school in one or two years.

*Name has been changed